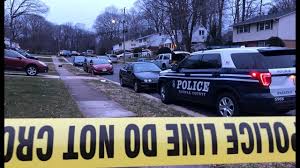 DeSoto police officers accused of brutalizing a family after a 911 call last August either did not activate their body cameras or wear them during some of the most heated moments, according to police officials and footage obtained by The Dallas Morning News.

The lapses ran afoul of the Dallas suburb’s policies requiring officers to wear cameras and keep them running during most encounters with the public, police chief Joseph Costa acknowledged in an interview.

His confirmation comes after The News obtained the officers’ body camera footage through Texas’ open records law and compared it to a dashcam video released last year. Since that time, the chief had maintained his officers did nothing wrong.

The Dallas County district attorney’s office, meanwhile, will be investigating the family’s allegations of brutality, a spokeswoman told The News. The decision was made last week following a meeting with the family.

The dashcam captured six DeSoto officers responding to the home of Sammie Anderson on Aug. 7 after she asked a friend to call for help in breaking up an argument between her two oldest sons. The caller suggested someone was wielding a weapon, but by the time police arrived the dispute was over. Police tackled Anderson and Tased one of her adult sons, who had already complied with orders to lie on the ground and appeared to be no threat.

Because the dashcam footage was shot from a distance, it was difficult to identify which of the five officers surrounding the man Tased him, and how many times, among other details.

By syncing footage from the separate videos, The News found that three officers’ cameras were dark during the Tasing. The department’s policy says officers should activate their cameras before arriving at scenes.

A fourth cop’s camera caught only blurry images. A fifth’s was too far away. And a sixth officer at the scene didn’t wear one, Costa said.

Warning: this video includes images of violence and strong language. It has been edited for length and clarity and to remove personal information such as birth dates