The search is on for a man accused of killing his wife and daughter in Miami Gardens over the weekend. 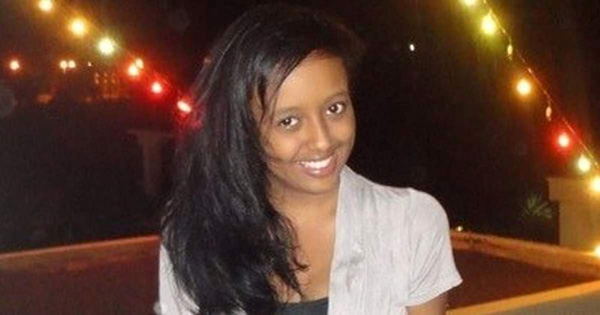 Nationwide — Ciham Ali Ahmed, an Eritrean-American girl, was imprisoned by the government of Eritrea at the age of 15 although she was never convicted of any crime. Since then, Ciham, who is now 22-years old, has been held incommunicado for 6 years and even her family doesn’t know where she is exactly or how she is doing. Born in California to Eritrean parents, Ciham grew up in Eritrea where her father Ali Abdu formerly served as the minister of information under President Isaias Afwerki. In 2012, her father fled to Australia fearing for his life after a rift with the president.

Ciham’s father then reportedly negotiated with smugglers to get his daughter out of the country because he thought the government would take retribution on him through his daughter.

Eritrea has a policy of forced national military service for young people starting at the age of 18. The conscription should last for only 18 months but he feared the government would have his daughter face a life of permanent conscription instead.

However, Ciham was arrested on December 8, 2012 while attempting to cross the border to Sudan to escape.

Not only Ciham tried to leave the country in fear of never coming out of conscription. The UN refugee agency UNHCR said there were 459,430 Eritrean refugees around the world by the end of 2016.

Ciham, described by her family as caring and compassionate, never faced trial and wasn’t charged with any crime. Yet she remained in prison and her whereabouts are still a mystery even to her family.

Since then, her family tried to find out where she is but her uncle, Saleh Younis, told CNN they were only told that “her case is being personally handled by the President and nobody knows anything about it.” Her family also tried to seek help from the US government.

“Because she is US born… I really thought the government of the United States would scream bloody murder but no one is speaking for her. It’s very, very disappointing. She is a United States citizen but because she grew up in Eritrea and because her parents are Eritreans, then I guess she is not fully American,” Younis said.

Recently, several organizations are drawing attention to Ali Ahmed’s disappearance. A group called One Day Seyoum took her story to social media sites for a campaign using the hashtag #happybirthdayciham. The Amnesty International is also urging people to sign the petition to call on the Eritrean government to release her.

“Granting Ciham Ali Abdu unconditional release would signal that there is hope for a new era of reform to begin in Eritrea,” said Felix Horne, senior Africa researcher at Human Rights Watch. “The government has already deprived Ciham of her adolescence; she now deserves to spend her adulthood as a free woman.”

The victim of an assault caught on video was shocked when a warrant was issued for her arrest.

L’Daijohnique Lee was charged with felony criminal mischief after police said she broke the window on a truck belonging to the man who allegedly beat her.

The two were apparently fighting over a parking space.

The Dallas district attorney now says those charges will be dropped.

When Lee spoke to Dallas police about the assault captured on cellphone video, she never expected she would be charged.

“I’ve been having breakdowns,” said Lee, who was beaten by Austin Shuffield. The 33-year-old man had a gun during the encounter. “I just felt like I was just being honest. I was telling them everything that happened.”

The Dallas police chief saw another side to this story.

Dallas police said they filed a case against Lee for criminal mischief in part because she admitted to breaking the back window of her attacker’s truck.

Lee’s attorney, Lee Merritt warns the department’s decision could have a chilling effect on victims’ willingness to report crimes.

“If I’m a victim of domestic abuse, but I’m in possession of marijuana, is it safe for me to call the police?” Merritt said.

“I don’t want to send the wrong message to victims that they think that they can retaliate and there’s not going to be any consequences for your retaliations,” Harris said.

Following a morning of protests at city hall, the Dallas County District Attorney’s Office announced it would not prosecute the case against Lee.

District Attorney John Creuzot said he had no prior knowledge that a warrant was being issued.

Harris had his interpretation of that story.

“He’s saying this should have never even gotten to my office. (With) a case of this magnitude, someone should have contacted my intake people to let me know, let us know, that you guys were thinking of filing this case and we would have told you, ‘don’t file that case,’” Harris said.

Lee faced a felony criminal mischief charge because the damage to the truck was estimated at more than $25,000.

That’s more serious than the original misdemeanor charge against 30-year-old Shuffield for punching her violently five times in the face and head.

Shuffield’s charge has since been upgraded to aggravated assault with a deadly weapon since he held a gun during the argument.

Lee’s lawyer is asking for federal hate crime charges to be filed against Shuffield.