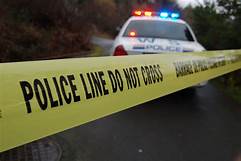 RedZoneNews.Net Jamaica — Former Jamaican fast bowler in the 1970’s and early 1980’s, William Haye, was shot and killed yesterday (Monday, March 18) by as yet unknown assailants in the Four Paths area of Clarendon.

After murdering Haye, the gunmen then set his house on fire.

The murder of Haye is being investigated by detectives from the May Pen police.