Love on the Blu was promptly ripped with negative reviews on Yelp, a social networking site that lets users post reviews and rate businesses. “It sucks,” one commentator wrote about the restaurant. “But what sucks EVEN more is that the owner a WOMAN is SUPPORTING a CHILD MOLESTER. Let this place it’s bad food and morally poor owner go out of business.”

Another said, “It really will be our own. The fact that this BLACK WOMAN could bail out a rapist and an abuser is despicable. You own a children’s day care. You should be ashamed of yourself. He’s spent millions of dollars settling cases out of court. And you still think he’s innocent?! Every day you walk into your daycare I hope you realize you have failed those children”

The Yelp page says at the top, “This business is being monitored by Yelp’s Support team for content related to media reports.”

There were also calls for a boycott:

R. Kelly was bailed out of jail by his “friend,” Valencia Love on Monday. The 47-year-old, who is a corporate officer for a child care center and a manager of a restaurant, both in Chicago, has come under fire after paying the $100,000 bond. There have been calls for a boycott of the restaurant — Love on the Blu — and many were questioning how a woman who works with children could bring herself to bail out an accused pedophile.

In an interview on Tuesday with Chicago reporter Tia Ewing, Love defended herself by claiming she didn’t condone abuse and insisted the Grammy Award-winning singer needed a chance to “prove his innocence.”

“He’s not a monster, he’s not,” she said before adding, “He’s been nothing but a gentleman to me.” She also inferred that Kelly was innocent, saying in part that “There are three sides to every story, his side, there’s [sic] (the alleged victims, and the truth.

There may still be more trouble for Kelly. After his release from jail on Monday, Kelly, 52, drove straight to the flagship McDonald’s in Chicago’s River North, also known as the Rock ‘n’ Roll McDonald’s. It was the same location where he allegedly met a teenager who he got pregnant before arranging for an abortion, according to Jim DeRogatis, the Chicago journalist who has been reporting on Kelly’s sex allegations for decades.

Among the conditions of his release from jail, the judge ordered Kelly not to have contact with females under 18. McDonald’s is, of course, in many places a haven for teenagers.

Patrice Jones, one of Kelly’s many accusers, sued the singer in 2002, years after he allegedly picked her up as a teenager at the same Chicago Rock ‘n’ Roll McDonald’s in 1998. She claimed Kelly got her pregnant when she was underage and that he arranged for her to get an abortion, according to Jim DeRogatis, the Chicago journalist who has been reporting on Kelly’s sex allegations for decades.

Prison time might be sooner than later for Kelly. 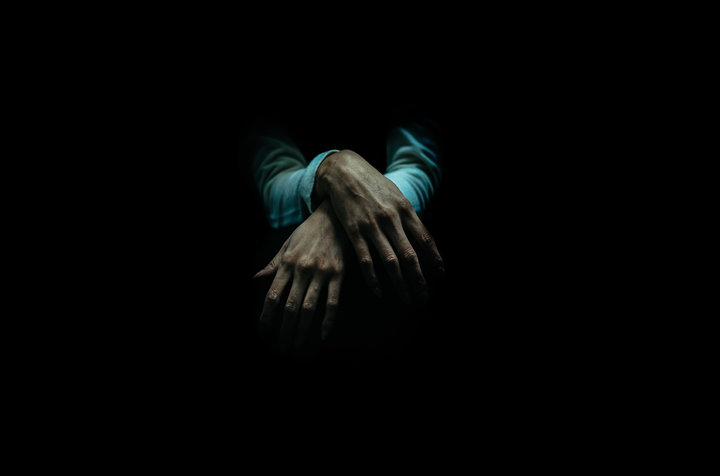 Women incarcerated in a San Francisco jail say they were forced to strip naked in front of male deputies, in violation of state law, according to complaints released by the San Francisco public defender’s office.

In California, strip searches of inmates must be conducted in an area with privacy, and with no one of the opposite sex within sight.

Jeff Adachi, San Francisco’s public defender, filed a formal complaint with the San Francisco Sheriff’s Department in January after hearing reports from women about the searches.

His office collected the stories of 16 women who said they experienced inappropriate strip searches inside County Jail No. 2, which is the only jail in San Francisco city that houses women. About 90 percent of the women held there have yet to be convicted of a crime, Adachi said.

“While strip searches are allowed in a jail or prison setting, they can’t be arbitrarily carried out or carried out in a way that is unreasonable, without any basis,” he told HuffPost. “Based on the reports that we were receiving, the grounds for the strip searches were questionable and the way they were being performed ― with male guards in eyeshot and other inappropriate conduct by the deputies ― raised some red flags for us.”

At least 12 women reported that they were strip-searched in locations where they were visible to male deputies. Most of them asked to withhold their names from the formal complaint due to fear of retaliation.

One woman described how she was asked to get naked, squat, cough and lift up both breasts within eyesight of several male guards and other female inmates. She reported making eye contact with a male deputy during the search. Afterward, she told a lawyer, the deputy informed her and other inmates that he didn’t have a girlfriend and that he found some of them attractive.

Another woman reported that she was searched next to a toilet containing unflushed blood, urine and feces. She worried that being strip-searched near an open door allowed for the jail cameras to film her naked body.

“Our concern is that the sheriff’s department does not appear to be following a consistent protocol in conducting these strip searches,” Adachi said. “Our clients felt like their privacy, although limited because they are in custody, was being violated.”

Many women said they found the strip searches distressing, using words such as “especially degrading,” “humiliating,” “violating” and “unusual.”

San Francisco Sheriff Vicki Hennessy has launched an investigation into the allegations.

Women in jail are the fastest-growing segment of America’s incarcerated population. They are overwhelmingly poor and low-income, and have high rates of trauma, mental and physical illness and histories of substance abuse, according to a 2016 report.